My boyfriend and I decided to go to Daegu for our six month anniversary last month. We took the bus on Saturday morning, and returned Sunday night. It was a jam packed weekend, but we definitely saw quite a bit of the large city.

We booked a great room at the 에오스(Eos) hotel, we were unaware of a huge light festival going on, and almost couldn’t make the trip happen. This hotel is popular regardless, though, so check early if you want to stay here! It’s located near the CGV, Lotte Young Plaza, pretty much smack dab in the middle of the shopping area. Eos isn’t a normal hotel by western standards. According to my boyfriend, they had rooms complete with karaoke machines, and even game themes. We slept in one of the bigger rooms, since it came with a HUGE tub(it even had water jets), but it also came with two televisions and computers, but I just wanted the tub. To top it off, the receptionist was one of the kindest people I have ever met. She let us drop our bag off early so we wouldn’t have to carry it around the city. Basically, if you’re comfortable not staying in a “western” brand hotel, try this one out for sure. It had a huge tub!!

We took the yellow line from the Express Bus Terminal to Jungangno Station, I really wanted to see Gyeongsang-gamyeong Park first! This station is also located near Eos Hotel, like I said great location. Pro tip: if you are planning on visiting a lot of major cities, invest in a t-money card. You won’t have to worry about buying a ticket every single time you take the metro, you get a discount on transfers, and some taxi’s even allow you to pay with it! For the EXO fans, POPMoney has EXO themed cards, only available at GS25~

Gyeongsang Park is absolutely gorgeous. There are quite a few picture spots, so take your time walking around :D. I thought it was open at night, but I believe it does close after a certain hour. We had a concert to attend, so we visited the park first. Located next to the park is the Daegu Modern History Museum, where you can learn about the growth of the city throughout time. If you are a history enthusiast, don’t miss out. It’s free, and even includes a trolley simulation. The simulation takes you for a “ride” around Daegu, informing you of important spots during the city’s development. 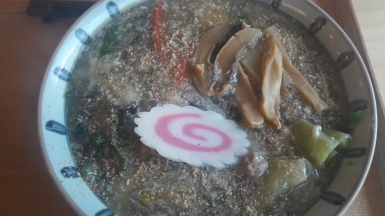 Once we finished at the museum, we decided to head towards Hyundai Department Store because I really needed my watch resized…and they have a Kakao Friends store of course. Along the way we came across a great Japanese restaurant, so we stopped to eat and rest before walking again. My boyfriend decided on ramen, while I am always in the mood for good udon. Batteries recharged, we walked out of the restaurant and into the department store.

Unfortunately, employees can only resize jewelry for customers who purchased the items at the store. My watch had to wait, but there was still Kakao Friends available!! I always spend way too much money there, and my boyfriend has a hard time understanding the fascination with the franchise. Hello!! They’re so cute!!! I’m a huge fan of Frodo and Neo, naturally I need to purchase items with their adorable faces on them.

The only place my boyfriend really couldn’t leave without visiting was Sam Song Bakery(삼송빵집) BOY don’t miss out. Take anything in there, and you won’t be disappointed. I personally enjoyed the heck of their mochi’s. Pro tip: pay in cash, and the little old lady may just give you some free bread ;D. This place is located on the street opposite of the CGV. If you’re facing the CGV, turn left and walk straight. You’ll see the name written in big red Hangeul characters. It’ll probably be packed with people, so get aggressive and grab that bread.

Mouths full of mochi, our next stop was Lotte Young Plaza. From the bakery you can see the sign for the store, so cross the street and follow it ha-ha. These directions are very abstract, but this is exactly how I find my way around if I’m not in a rush. This store has a ton of floors, and you could easily waste a few hours looking around. My boyfriend gifted me with a lovely pair of pastel Skono’s, I recently lost quite a bit of shoes so I was in need of some more. Our receptionist at Eos was super kind enough to let us drop off the shoe box at the hotel desk, and we hopped on a bus towards Kyungpook National University for the Akdong Musician concert!

If you can, and are a fan of kpop, don’t visit Korea without going to a concert. I haven’t been to many in America, but these concerts in Korea are unlike anything. They’re funny, and personal. Definitely go if you have the chance. Akdong was my first concert here in Korea, but my third kpop concert overall. I always enjoy them, even if I’m not fluent in the language yet ha-ha.

Our final destination for day one was Seonmun market. As I stated in my last post about Daegu, this place is the best at night. We got there after 9, and every line for the food carts was backed up. My boyfriend, desperate to try at least one of the famous dishes, managed to snag a bowl near the end of the alley. It wasn’t his favorite of street dishes, but it was still amazing.

That wraps up day one! Day two, if included, will make this way too long ha-ha! I thought I could squeeze it in, but we are already over 1000 words. I’ll spare you the tl;dr agony. Stay tuned for part 3!